When one in two people are likely to get over cancer over their lifetime, knowing what to do and how to deal with it becomes all the more important.
BODIES is an experimental, multi-media show based on people’s experiences with cancer and how they lived and thrived during and after their diagnosis.

As I re-read the pitch that describes the show, BODIES, which I saw at the Crawley Hawth in October, I find it extremely precise and yet somehow limited in conveying the power of this play and the challenge it had to creatively portray a tragic and complex issue such as a cancer diagnosis. In less than an hour, the acting, the scenes, the sound and visuals carry the spectator inside the drama of one man whose life has just been turned upside down by the discovery in his body of an insidious breast cancer. 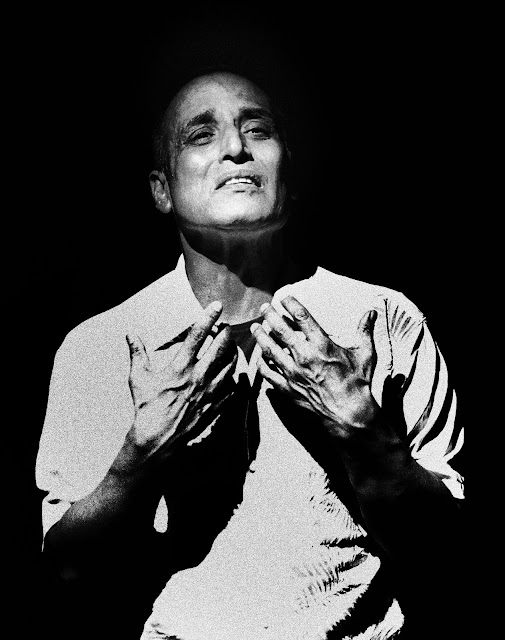 The multiple phases - from shock to acceptance and its effects on his flagging masculinity - are beautifully acted by Rez Kabir who plays the main character, Arjun, as he goes through surgery, medical assessment, support group therapy to having fun with friends, nightmares and dreams. All around him are five actors playing multiple roles who are also involved in his journey - from the doctors to the support nurse, as well as fellow cancer patients, with whom Rez finds some solace and light relief. Fear, shame, responsibility of one’s own illness toward family and friends are deep feelings that are sensitively interwoven in the script, and conveyed in the play together with striking visuals and sound for an ethereal representation of cells and body. All around, death, personified by an alter ego character that lurks in between and behind the scene is  omnipresent. But it is also a metaphorical death with many facets, signalling not just a finality, but that there are indeed several lives that lie ahead. 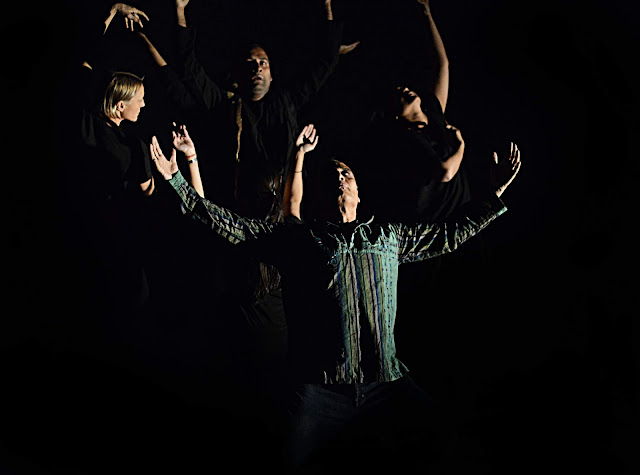 The acting was excellent to make this experimental multi-media production an  innovative way to reach out to a diverse audience with a very difficult theme.

Whether close or far-removed, cancer remains a taboo subject that is rarely discussed beyond the circles of people whose lives have been affected by it or who are working in the sector. For that alone, the play is to be applauded.
But it is also to be lauded on other fronts. Bodies combines tragedy with comedy and a surreal parallel world that lends the play multi-layered meanings. This first play was part of Research and Development, a way to actively engage people who have themselves - or their close kin - experienced the encounter with cancer. And this is also what makes it highly unique and impressive. The play has in fact been scripted out of the stories shared by patients, doctors, nurses, cancer support centre operators who, from different perspectives have dealt with cancer. Encouraged to take part in the production and with the active support of the Olive Tree Centre for Cancer Support and the Shine network for young people with cancer, they have all shared their feelings, fear and resilience. Raminder Kaur, the playwright, and Mukul Ahmed, the director, have then weaved these stories into a powerful and sensitive play that takes you inside their experiences and yet leave you with an uplifting smile.

Despite the terrible despair associated with cancer, the play is a celebratory recognition of the courage and strength of all people involved, from the patient that is diagnosed with a life-threatening and surely life-changing illness, to doctors, nurses, fellow patients and their supporters. There is humour all around and a deep philosophy that leaves us resonating with hope - if not of a physical healing - of an emotional and spiritual empowering recovery: the person affected by cancer is, if not a warrior, definitely a thriver of life beyond what might seem like a death sentence. As the Sanskrit translation in the evocative scene at the end suggests: ‘Master your mind and your body will follow’. 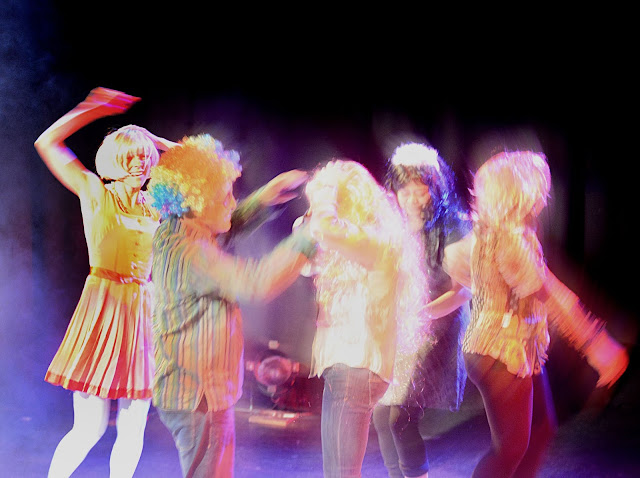 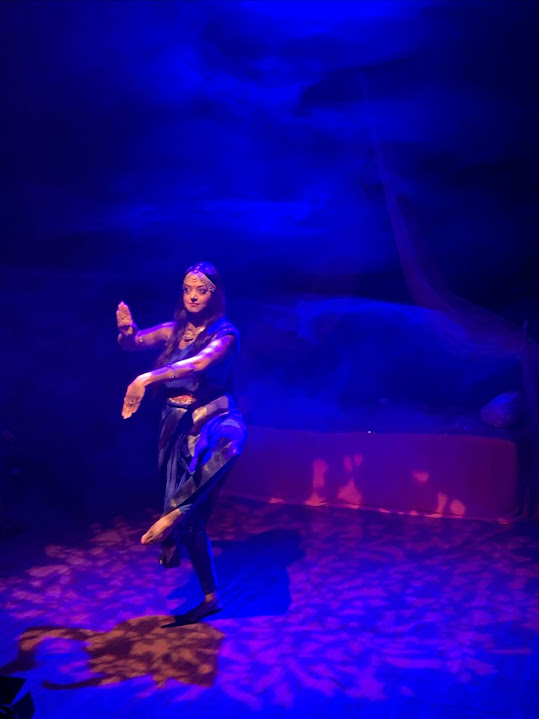